Suntory to Play Panasonic for Silverware

OSAKA (Jan. 6) – Defending champions Suntory Sungoliath will play Panasonic Wild Knights in the Japan Rugby Top League final, which this year also doubles as the final of the All-Japan Championship.

On Saturday at Yanmar Stadium Nagai, Suntory, who finished the regular season top of the Red Conference, beat Yamaha Jubilo 49-7, while Panasonic, the White Conference champions, made it 14 straight wins for the season as they beat Toyota Verblitz 17-11.

In the second game of the doubleheader, played in front of 11,167, Suntory came out of the blocks firing and scored four tries in the first half through Daishi Murata, Kotaro Matsushima, Shota Emi and Matt Giteau.

Matsushima, Murata and Ryoto Nakamura added further tries in the second stanza with Giteau finishing the day with six conversions and Nakamura one.

The first semifinal was a much tighter affair with Panasonic leading 14-3 at the break thanks to a tries by Kenki Fukuoka and Digby Ioane, both of which were converted by Takuya Yamasawa.

Yamasawa added a penalty in the second half before Jamie Henry touched down for Verblitz and Lionel Cronje added a second penalty to set up a thrilling finish.

Meanwhile at the bottom end of the table, either Kintetsu Liners or NTT Docomo Red Hurricanes will be automatically relegated to the second-tier Top Challenge League.

In the first round of playoff games for the other places, Toshiba Brave Lupus beat NEC Green Rockets 29-22 on the back of two tries from Richard Kahui and will meet Kobe Kobelco for fifth spot after the Steelers beat Ricoh Black Rams 19-10. 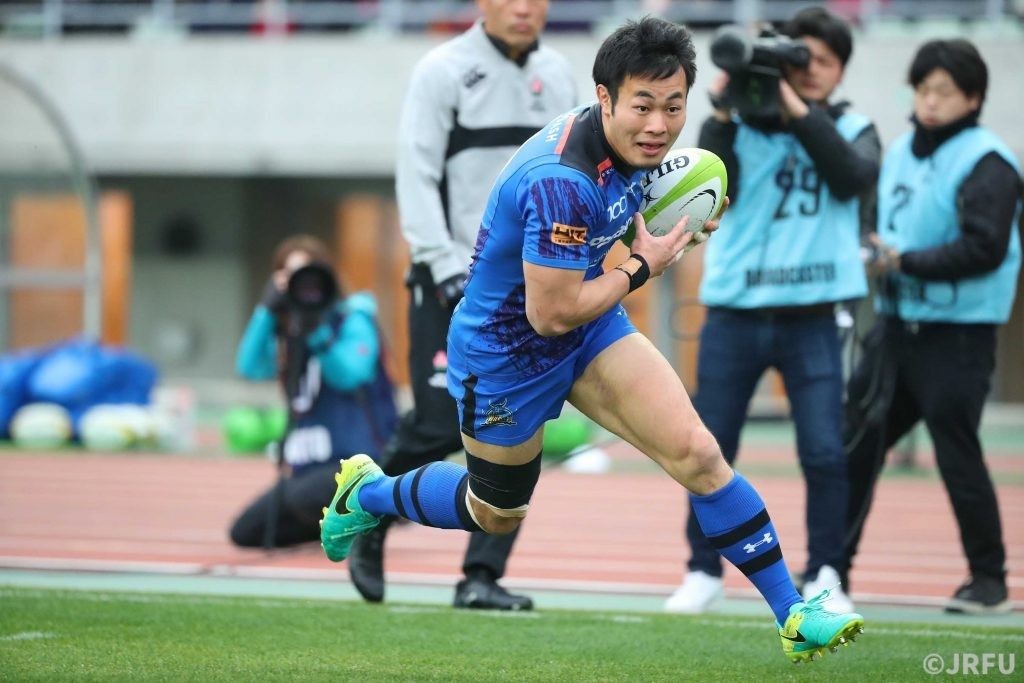